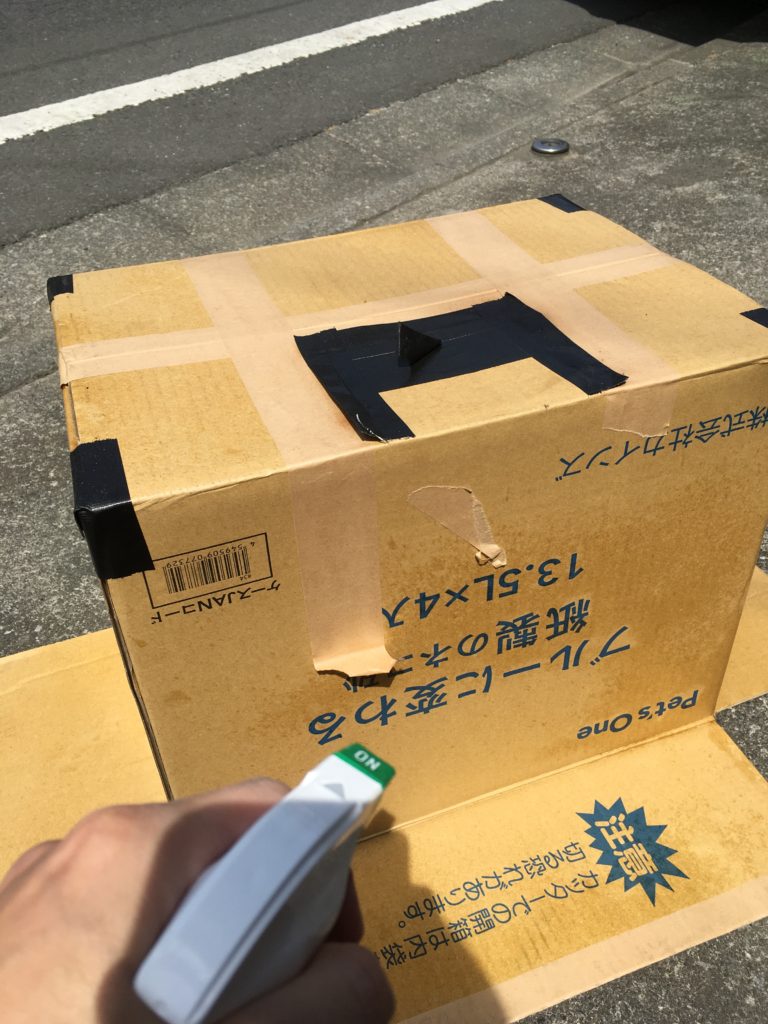 The smoked cardboard has been made incombustible and will be released.
I just sprayed it to make it non-combustible, but …

Made a simple smoked cardboard with BBQ. It is an ordinary cardboard that I got from a home improvement store.
In fact, it is used already used about twice. Basically smoked smoke does not ignite the cardboard because it is smoked, but I decided to do a non-combustible treatment just in case that I burned a little last time and opened a hole.
Spray and dry in the sun.
It dried in about 5 minutes because the temperature was close to 30 degrees.

Then cover with cheese.

Non-combustible cardboard looks like this. The left side is scorched just the last time.
This time it did not fire.

Originally, the cardboard for smoking is not ignited, but if it is ignited, it will be burned at once because it is cardboard.
Because there were many children, we considered safety and made it non-combustible.

Since soufa is a boric acid flame retardant, it has no toxicity. Therefore, it can be used for such purposes.
In addition, since it is an inorganic substance, it is safe without volatilization by heat.
There is no particular problem in the event that food is involved. It is considered that it has almost no effect on the human body because its toxicity is about salt.

This time, after spraying and drying it in the sun, soufa never touched the food.
In this usage, I reported while thinking that there was no demand.